Someone in Illinois just became a billionaire.

A ticket sold in Lincoln Country matched all six balls in Friday night’s draw to win the $1.337 billion jackpot, according to the Mega Millions website. The jackpot, estimated at $1.28 billion before the draw, increased based on final sales.

The jackpot was the second-biggest Mega Millions prize of all time and the third-biggest for a lottery in the United States. The winner can also take the $780.5 million cash option on the annuity payments.

The jackpot-winning ticket was sold at a Speedway in Des Plaines, Illinois – a town 17 miles northwest of Chicago

“We are thrilled to have witnessed one of the biggest jackpot wins in Mega Millions history,” said Ohio Lottery Director Pat McDonald, who leads the Mega Millions Consortium.

In addition to the jackpot, there are over two dozen new millionaires. A remarkable 26 tickets matched the five white balls to win million dollar prizes.

Six tickets had the Megaplier to win $2 million: Arizona, Florida (3), Iowa and Pennslyvania.

No one has won the Mega Millions since April 15, when a ticket sold in Tennessee won $20 million – the second time in two draws the jackpot had been won. In 2022, the jackpot has now been won four times. Other jackpot winning tickets were sold in California, New York and Minnesota.

The Mega Millions jackpot is now reset to $20 million for Tuesday night’s draw.

Meanwhile, the Powerball jackpot is $170 million with a cash option of $100.5 million for Saturday night’s draw, according to the Powerball website.

How hot is lottery fever? The Mega Millions website crashed shortly after the 11pm Friday night draw – overwhelmed by lottery players trying to verify their numbers. The website appeared to recover just after 11:30 p.m.

A similar thing happened on Tuesday night when the website was overwhelmed with traffic and down for more than two hours after drawing.

The YouTube Mega Millions has the drawing and you can watch it again here:

How to play Mega Millions?

Mega Millions draws take place every Tuesday and Friday at 11 p.m. The cost is $2 per ticket, but you can add the Megaplier for $1, which will increase your potential prize amount up to five times the original prize (excluding the jackpot).

Each player selects five numbers from 1 to 70 for the white balls and one number from 1 to 25 for the Mega Ball. However, you can also have the lottery machine generate a random Quick Pick for you.

Prizes range from $2 to match the Mega Ball to $1 million to match the white five balls (except in California) to the jackpot to match the six balls. You can check all prize payouts on the Mega Millions site here.

You do not need to be a US citizen or a resident of the state where you purchase your ticket.

Where can I play Mega Millions?

You can play the game in 45 states, plus the District of Columbia and the US Virgin Islands. States that do not offer Mega Millions are: Alabama, Alaska, Hawaii, Nevada and Utah.

Many grocery stores, gas stations and convenience stores sell lottery tickets. Some states allow Mega Millions tickets to be purchased online, but beware of fraudulent websites. Check with your state lottery for details.

Powerball, Mega Millions:These are the luckiest states for jackpot winners

What is the deadline for buying Mega Millions tickets?

In New Jersey, New York and Connecticut, tickets must be purchased by 10:45 p.m. on Tuesday and Friday to be included in that night’s draw.

However, some states have different deadlines and may be more than an hour before the draw. Check with your local lottery so you don’t miss a thing.

What are my chances of winning?

Playing Mega Millions can be exciting, but don’t spend those millions before you win.

Unlucky? Here are 13 crazy things more likely to happen than winning the lottery

What does cash option mean?

The annuity option is paid over time. There is one immediate payment, then 29 annual payments thereafter, increasing by 5% each year.

The cash option is significantly lower than the advertised jackpot, but is paid out in a lump sum. You don’t have to wait decades for all the money.

What was the biggest Mega Millions jackpot?

Here are the Top 10 jackpots since the start of Mega Millions in 1996:

What was the biggest American lottery jackpot?

Here is an overview of the best jackpots won in the United States, between Powerball and Mega Millions lotteries:

Previous AGNC and Annaly Stocks Q2 Earnings: Things Could Get Worse
Next NKorea claims no new fever cases amid doubts over COVID data 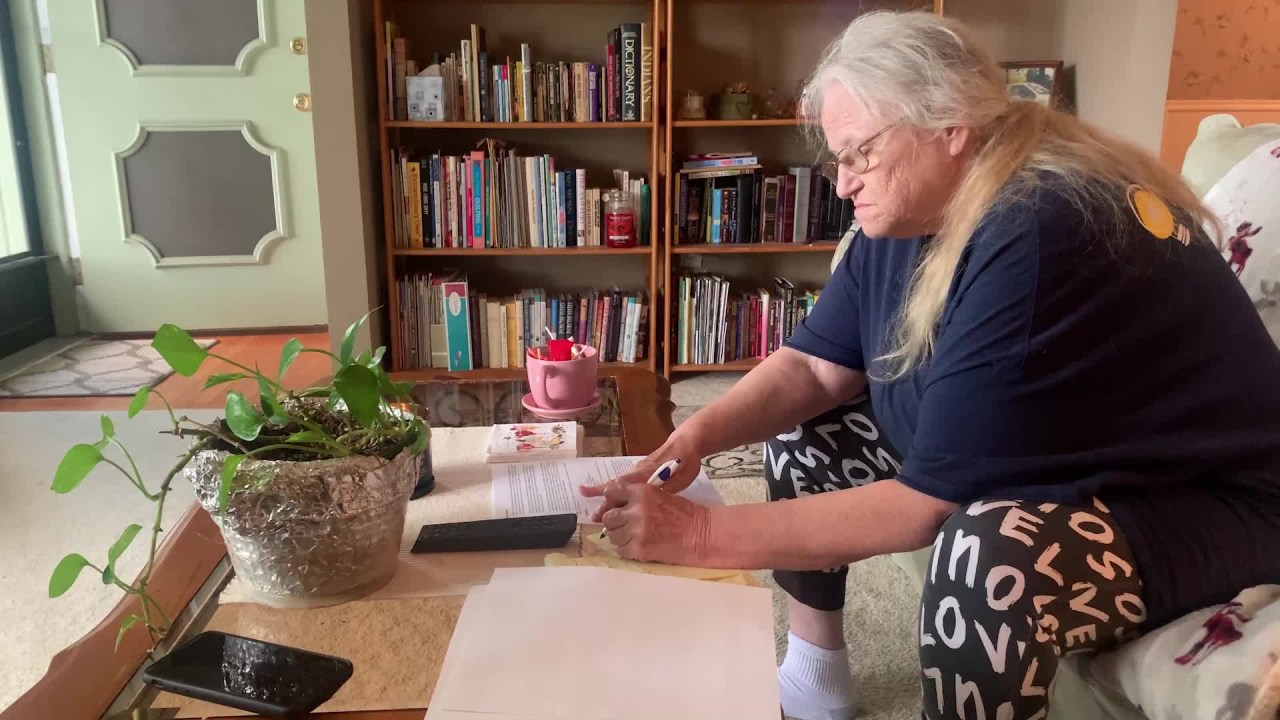 GRAND RAPIDS, Mich. (WOOD) — Like many of us, Victoria VanderVeen takes plenty of unwanted …